Roessler's restaurant has been family owned and operated since 1978. Originally, as the Flight Deck at the Venice Airport and then moving to their Sarasota location in 1985. Situated on nearly three acres of manicured gardens and a beautiful lake with a bridge and gazebo, Roessler's is one of the most romantic restaurants on the west coast of Florida.

Klaus A. Roessler's restaurant experience stems from a formal culinary training in Europe. After coming to the United States from Germany, he became the youngest Executive Chef ever in the Hyatt Corporation. Klaus then earned a position as Executive Chef at the famed Brennan's restaurant in New Orleans. Mr. Roessler and his family moved to Florida in 1978 to pursue his goal of starting his own restaurant. 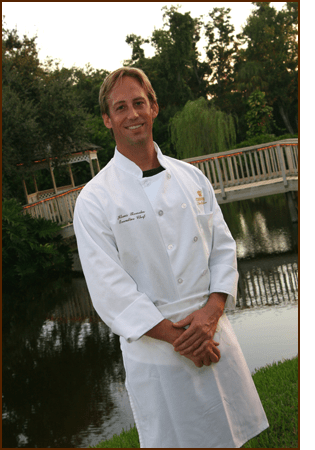 Klaus Shawn Roessler grew up working in all aspects of the restaurant. He received his culinary education from his father and his formal education from the University of Florida with a Bachelors degree in Business Administration.